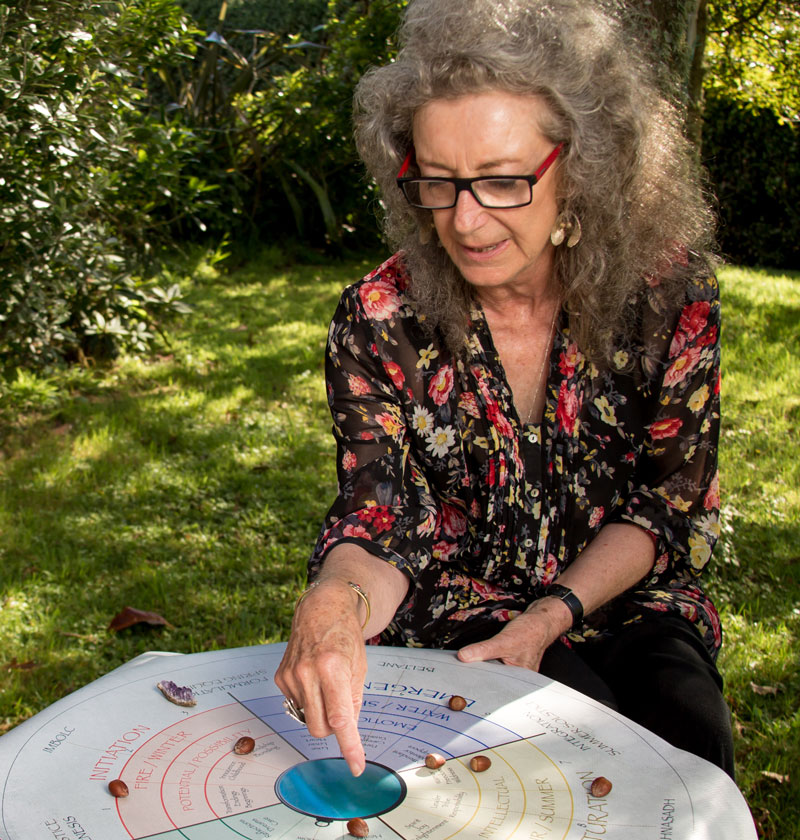 Pamela Meekings-Stewart was, for over 25 years, a film and television producer/director (documentaries and drama) at two major media organisations – Canadian Broadcasting Corporation, Toronto, and Television New Zealand, Wellington.  For a number of years she also ran Career Management and Change Management workshops for Tall Poppies Ltd under their EEO (Equal Employment Opportunities) contract with Government.

In 1990 she became a Portfolio Woman – repackaging her various skills into separate and diverse services, bought a farm and became self-employed!  From her farm just outside Wellington, New Zealand, she runs her own company, The Woolshed Retreats, where she offers spiritual retreats and Total Pampering Days; facilitates 4 Elements/4 Seasons and Wheel of Segais workshops; provides one-on-one life coaching; teaches the healing discipline of shiatsu; is a marriage celebrant; and hosts both a monthly women’s Full Moon Circle (based on the 12 archetypes of the Goddess); and the 8 seasonal rituals for her OBOD Druid Grove – Grove of the Summer Stars. This is the essence of The Wheel of Segais.